Home > Stories > An Aira of Hope

An Aira of Hope

Mustika felt like something was wrong her whole pregnancy. She couldn’t put her finger on what, exactly, and with no access to an ultrasound machine in her remote village in Indonesia, she had no way of seeing whether her suspicions were justified. But she had been pregnant before and it didn’t feel like this. Her husband, Sudirman, noticed it, too — Mustika kept him up at night yelling in her sleep like she was in pain. 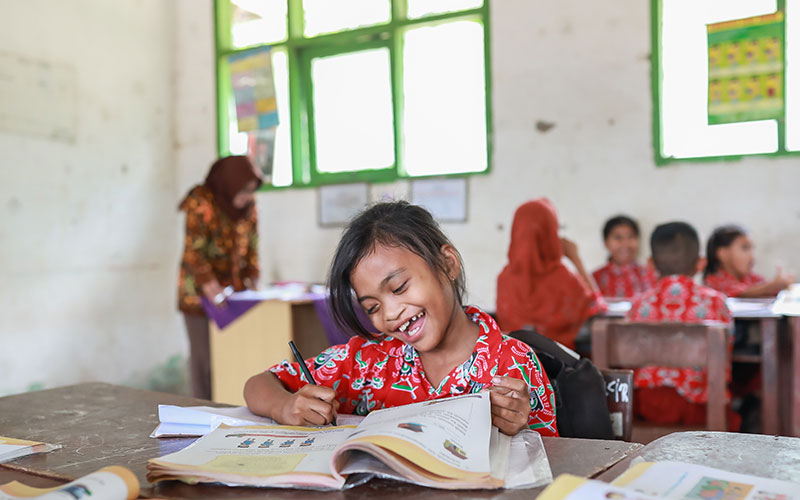 When the labour pains started, they met their midwife at the birthing centre. Mustika expected a big smile from Sudirman and the midwife when the baby was born but was instead met with faces of sadness and confusion. The little girl, Aira, was born with a cleft. Mustika’s premonitions had come true and, as she didn’t know anything about clefts, she felt totally helpless. 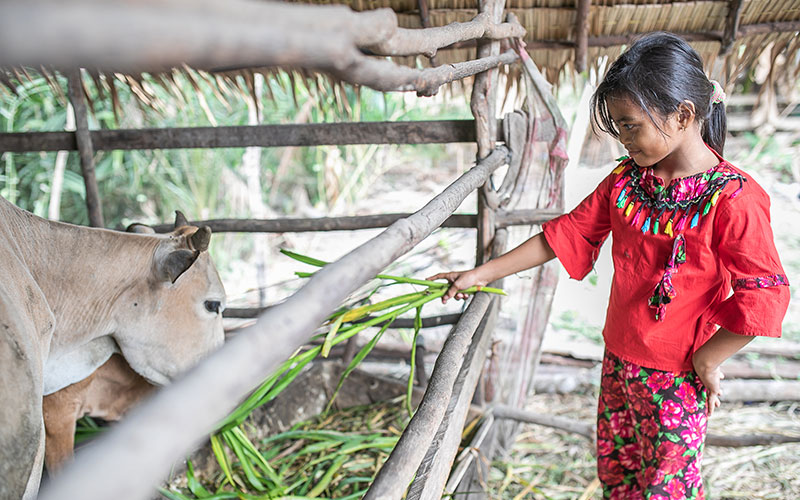 Aira choked on breastmilk and struggled to reach a healthy weight. But even when things were dire, her parents refused to give up on her. Though they may not have yet been able to afford the surgery they knew she needed, they did what they could to put a little bit aside towards it each month. Sudirman even put one of his few cows — by far the family’s most valuable asset — up for sale to raise money for the surgery, but it wasn’t enough.

When Aira started school, she struggled to speak in class. She was bullied and had few friends. Seeing her education and future were at risk, her parents redoubled their efforts to put enough together money for a cleft surgery.

One day when Aira was seven, the head of the village office ran up to Sudirman with some unexpected news — he had just learned that an organization called Smile Train sponsored free cleft treatments at RS Muhammadiyah Palembang, their nearest hospital.

Mustika and Sudirman were sceptical at first, and even if the offer was true, they were nervous for their daughter to have surgery. But they also weren’t going to let this opportunity pass them by. When they went for a consultation and saw the images of children before and after cleft surgery on the hospital walls, they were sold. 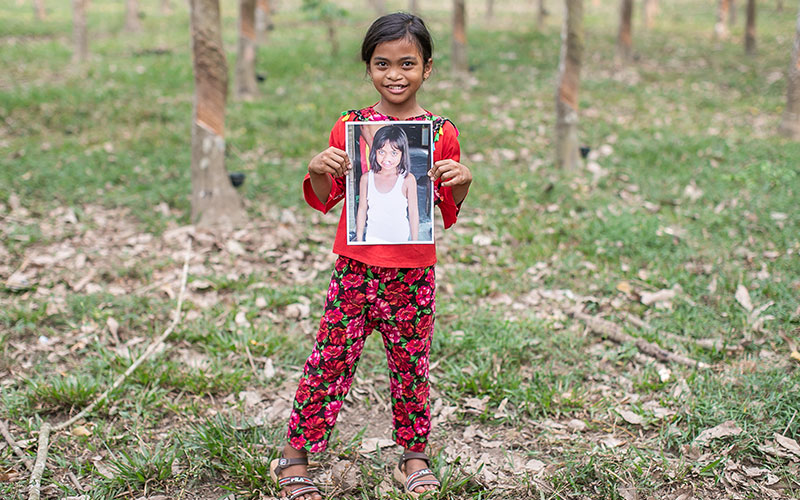 When Aira looked in the mirror and saw herself after surgery for the first time, she cried and tried to smile the biggest grin of her life but couldn’t because of the stitches. Her parents had no such limitations, however, and their joy in their smiles radiated for miles. 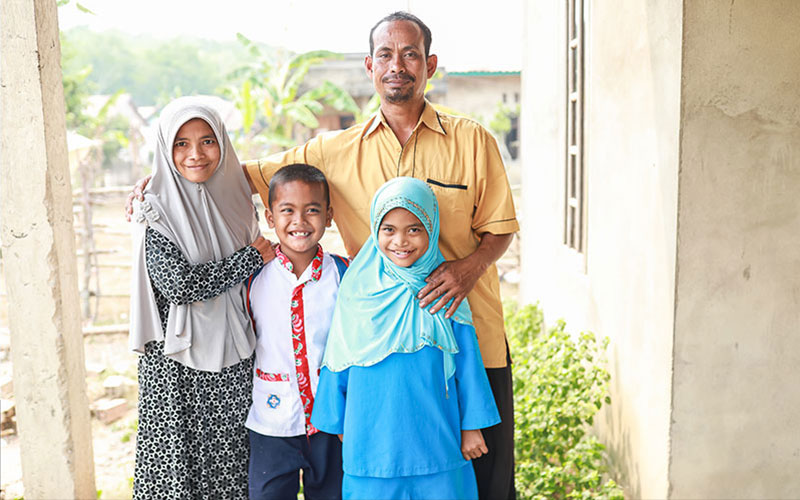 Once home, the whole village gathered around Aira to tell her how beautiful her new smile was. Made shy by growing up with a cleft, the compliments made her mostly grin at the ground while she blushed. 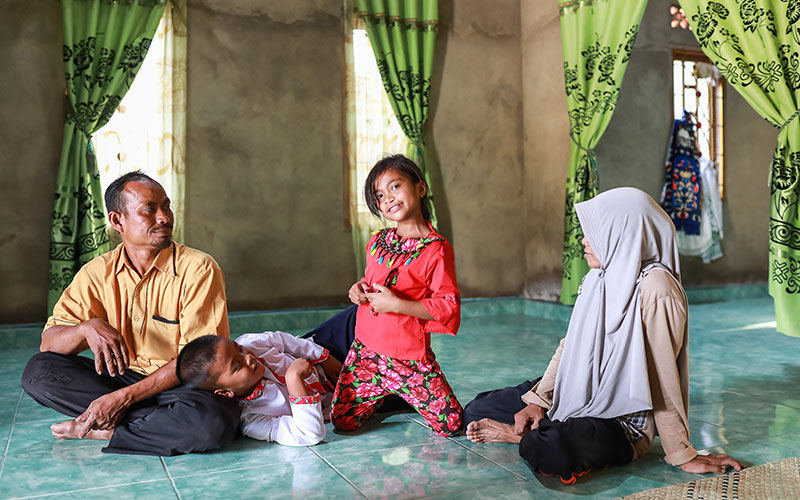 But the confidence came as quickly as the stitches healed. Before long, this girl who always came immediately home after school was out every night playing with friends. She also started doing better in school and wants to grow up to be a doctor so she can pay forward the kindness and the smiles that Smile Train showed to her. 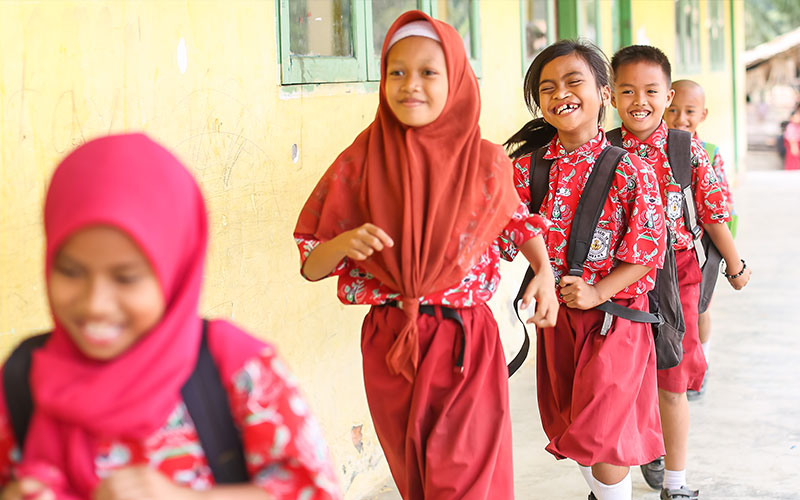 While Mustika may be cool on the idea of her little girl leaving her one day to go to some far off medical school, her parents thank God every day for Smile Train’s donors and are equally committed to paying their generosity forward. They now encourage everyone they meet with a cleft to go to RS Muhammadiyah Palembang for a Smile Train-sponsored surgery, including a 71-year-old relative in a nearby village.

Patient
Help is on the way for Rinda

Haris and Nunung were shocked when their daughter Rinda was born with a cleft lip.