Aberil worked on a rubber plantation in a remote part of Indonesia. He barely made enough to support himself and his son from his previous marriage, but when he met Nurelela, none of that mattered. They fell in love and soon got married. Not long after, their prayers were answered. Nurelela was pregnant.

Ultrasounds aren’t available where they live, but Nurelela felt healthy during the pregnancy and experienced no issues. When the big day came, Nurelela went to her mother’s house where, with the help of a local faith healer, she delivered her son, Angga.

Eagerly, she and Aberil took their first look at their new baby — and gasped. They had never seen anyone who looked like him before. Questions flooded their minds, each more formidable than the next: How did our baby get a hole in his lip and the roof of his mouth? What does it mean? How will we get him care when the nearest town is so far away? They were certain of only two things, but the hope they instilled outweighed everything else: Angga was a gift from God, and they would care for him as best they could.

Soon after, some good news added to their hopes: The local government oil company told them that what Angga had was a common birth difference called a cleft and that they could apply for a grant to receive free surgery. Aberil rushed to submit their application.

As they waited for a response, Angga’s cleft made him choke on breastmilk, and he cried with hunger night and day. Many babies with clefts struggle with malnutrition, yet with diligence, patience, and creativity, Nurelela and Aberil managed to avoid the worst health outcomes for their baby. 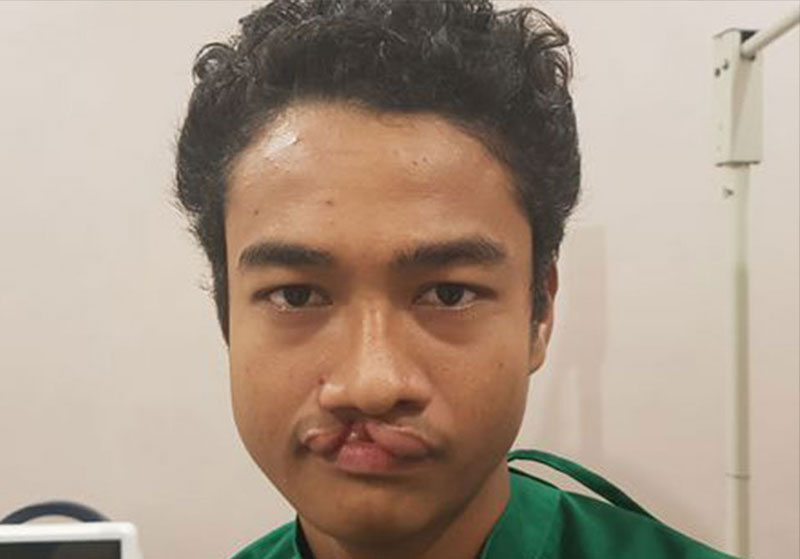 Isolated from the rest of the world, Angga spent his toddler years playing in the jungle with his half-brother and children from the two other houses in their settlement. When Angga was old enough to start school, his family decided to move closer to the village to lessen his commute. It was his first time around strangers, and for a moment, he couldn’t understand what the other children were all staring and whispering and laughing about. He didn’t have to wonder for long. He tried to introduce himself and explain his difference, but when they heard how his cleft affected his speech, they only laughed at him harder. Then, at lunch, when they saw how he ate and chewed, the abuse grew worse still.

His family encouraged him, and he tried to keep his head up, but a child can only take so much of feeling broken and alone. After third grade, Angga reached his limit and dropped out of school. Meanwhile, his family continued to wait for any news about the surgery grant.

He spent the next decade bouncing between odd jobs to help his struggling family. Then, one day when Angga was 20, a social worker handed his father a calendar. For a family that had spent a generation waiting, this was a timetable unlike any they had ever seen.

Each page featured a picture of a child with a cleft beside a picture of that same child with a brilliant smile where their cleft had been. It had the social worker’s number in the corner and at the top of each page was the colorful logo for something called Smile Train. Angga grabbed his phone, and less than an hour later was booked for the cleft surgery he had waited for his whole life.

The day of the surgery, Angga’s whole family walked five miles to the main road, then hitched a tricycle to RS Muhammadiyah Palembang, their nearest Smile Train partner hospital. It was a long journey, but it felt like nothing. They had endured much worse. 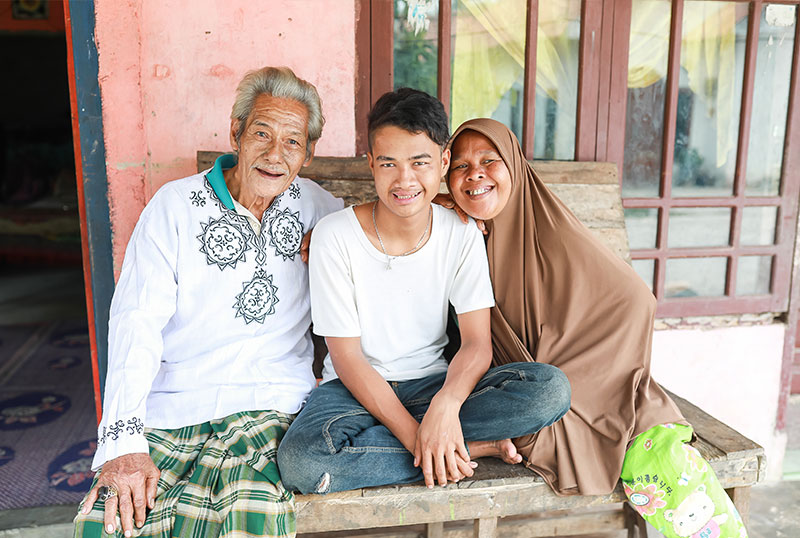 A few hours later, Angga looked at his new smile in the mirror for the first time and laughed, “I look like my father now!” 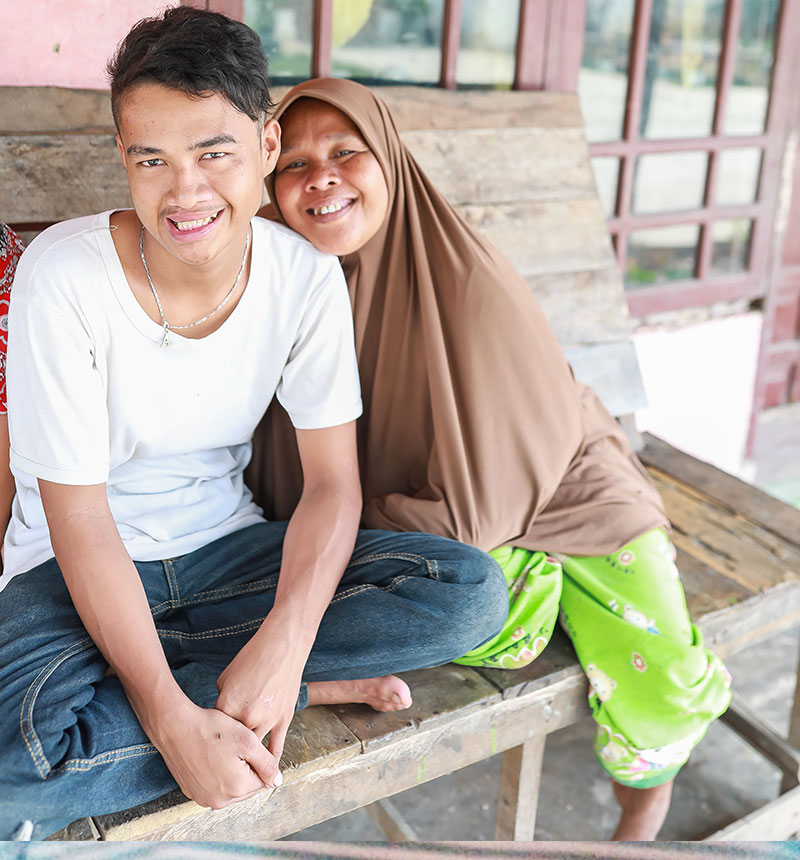 That was in 2018. In the years since, cleft surgery has meant so much more to Angga than a new smile; it has given him a deep sense of confidence and hope. In 2019, he got into a motorcycle accident that killed his half-brother on the spot. The loss traumatized him and he fell into a deep depression, yet his family believes that the inner strength and sense of worth he got from his surgery went a long way towards helping him heal when he was ready. 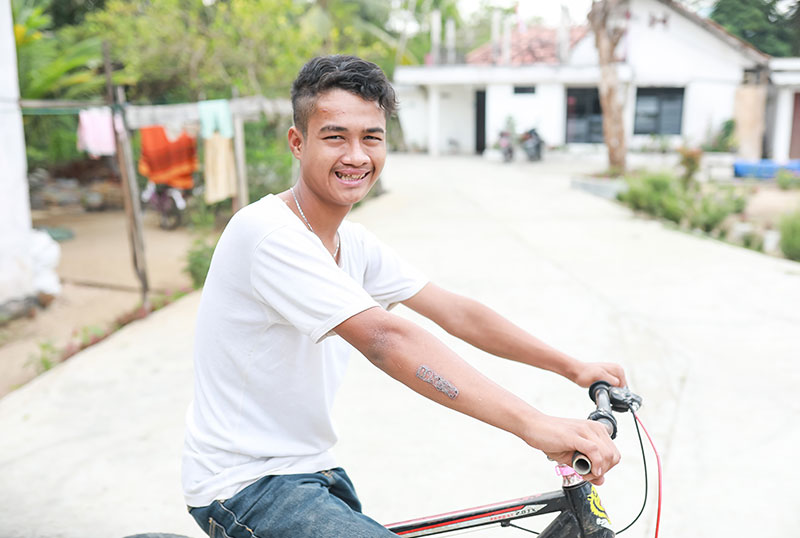 Angga now works as an assistant for a construction worker, but he is certain that, if he works hard, he can do whatever he wants and provide a better future for himself and his family. 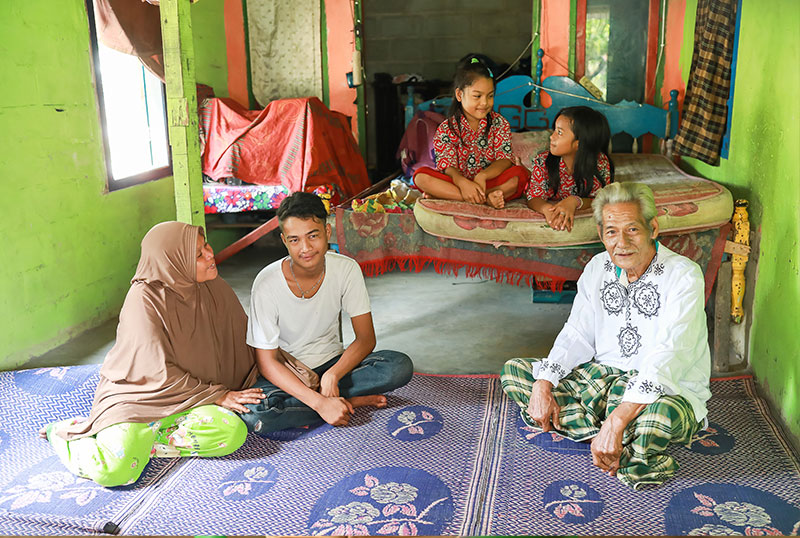 “My family and I want to deeply thank Smile Train for giving me a second chance at life,” he said. 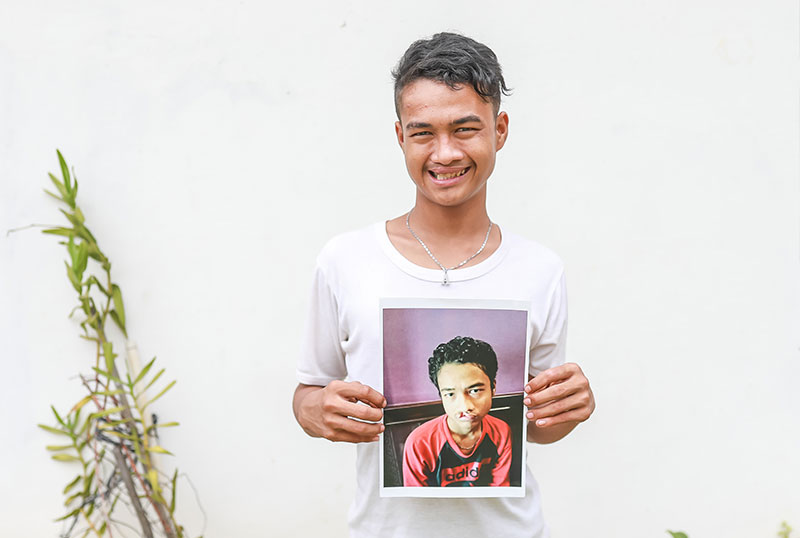 Give people with clefts of all ages a second chance at life. Donate now.