Home > Stories > Healing a Cleft, and a Marriage

Healing a Cleft, and a Marriage

One day, a young tailor named Umar opened a shop down the street from a woman named Sri, and nothing would ever be the same for them again. In a month, they were married, and Siri was pregnant within the year.

Five months into the pregnancy, an ultrasound technician revealed that “there was something different about this baby,” but when Sri and Umar pressed the technician what was wrong, they wouldn’t say. The anxiety caused by this cast a cloud over their happy marriage.

It wasn’t until they saw their daughter Putri for the first time that they knew the “something different” was a cleft lip and palate. The whole family cried until a midwife told them cleft surgery was possible. The news comforted Umar, but Sri remained inconsolable.

Back at home, the cries would only intensify, from both mother and daughter. Putri’s clefts made nursing extremely difficult, so the baby was constantly hungry.

More tension came when Sri believed an unfortunate local superstition that Umar’s fishing was the cause of Putri’s cleft, but Umar understood that his wife was speaking from a place of fear and never lost patience with her.

One day, Sri’s sister met the parents of another child born with cleft while dropping her kids off at school, and they told her about Smile Train. The minute she told Sri, the family was off to Hospital Social Responsibility RSPAD Gatot Soebroto, Smile Train’s local partner, to register Putri for the free surgeries she needed to treat her cleft lip and palate. 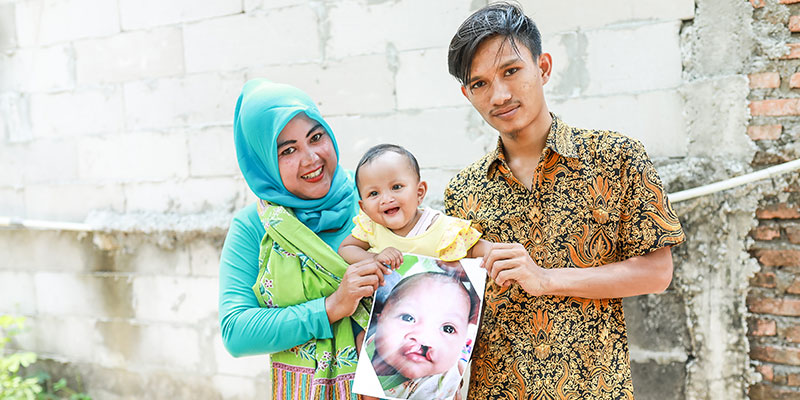 When Putri came out of surgery, the whole family cried again, this time tears of joy. 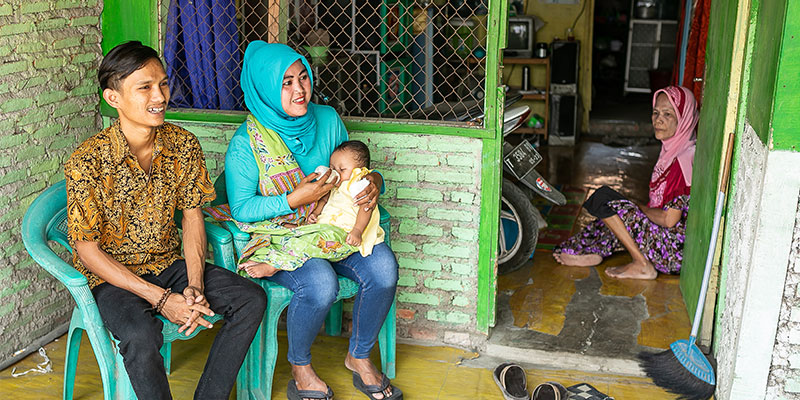 The cleft surgery had an immediate effect on Putri’s feeding issues, and she can now eat with ease.

Without the stress of worrying about their daughter’s future, Sri and Umar’s marriage is strong as ever. 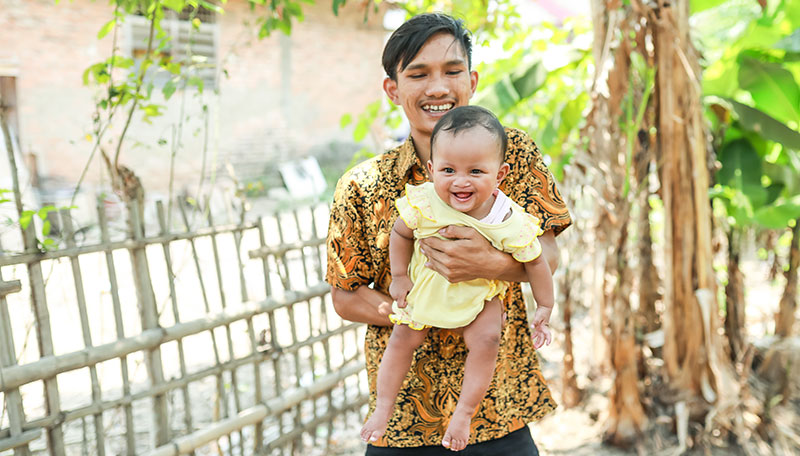 Umar is also motivated to work even harder now to provide Putri with the better future her surgery has made possible. 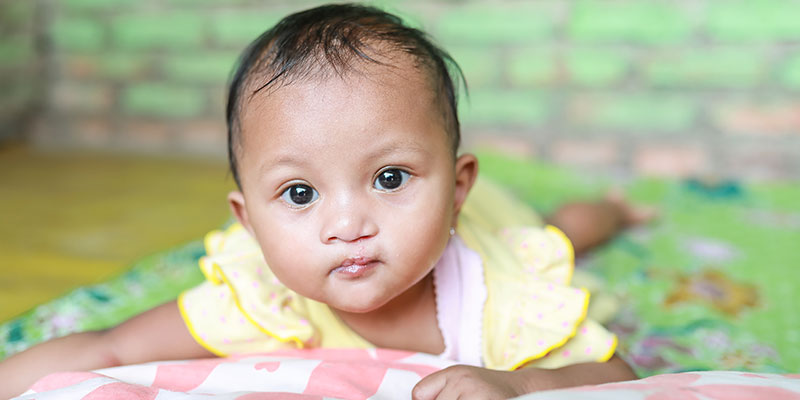 The couple now looks forward to Putri receiving a good education and growing into a successful woman one day.