Smile Train Indonesia’s goal is to provide safe, free cleft surgery for every child in need across the island country. But achieving this goal in a country of 260+ million people spread out across more than 17,000 islands requires some help. That’s why, since 2015, we’ve partnered with the Indonesian Army, who has a presence in much of this vast territory and has the resources to provide cleft patients with the food and transportation they need to reach their nearest Smile Train partner hospital. 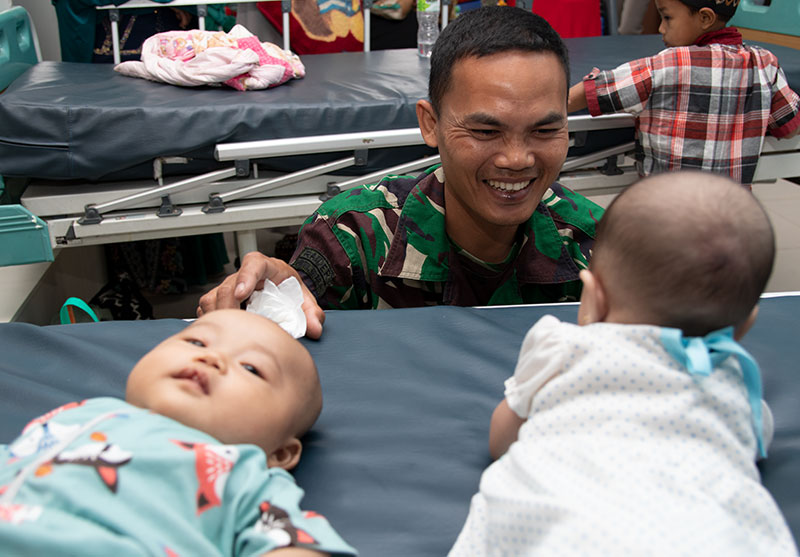 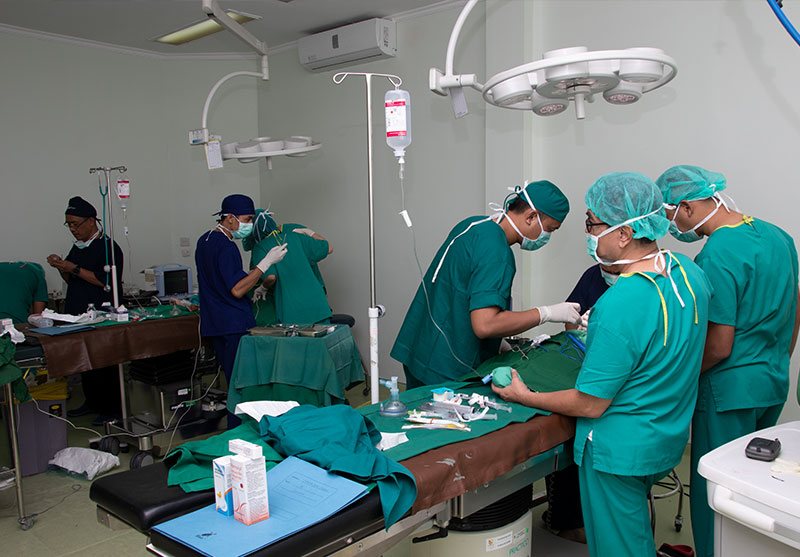 At the start of the month, Army staff across the country looked far and wide for any person needing cleft treatment. Anyone identified was then provided free transportation to and accommodations near their closest Army hospital, where they were then given a check-up to ensure they were healthy enough for surgery. 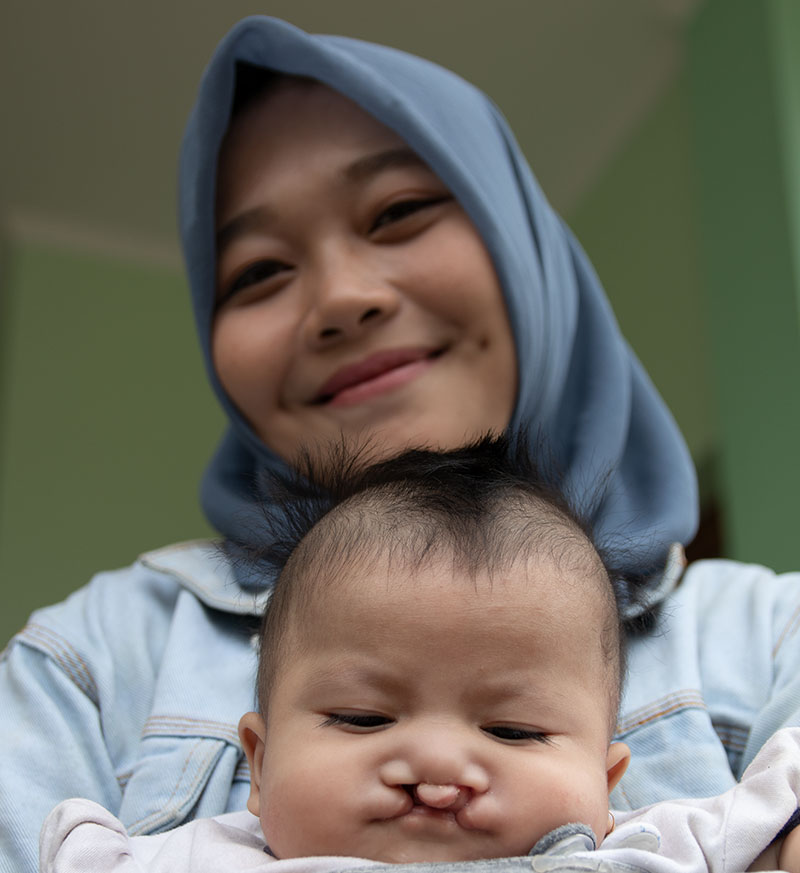 By the end of the month, Smile Train’s partner surgeons had performed 532 life-changing cleft surgeries for Indonesians in desperate need, all at no cost to the patients. 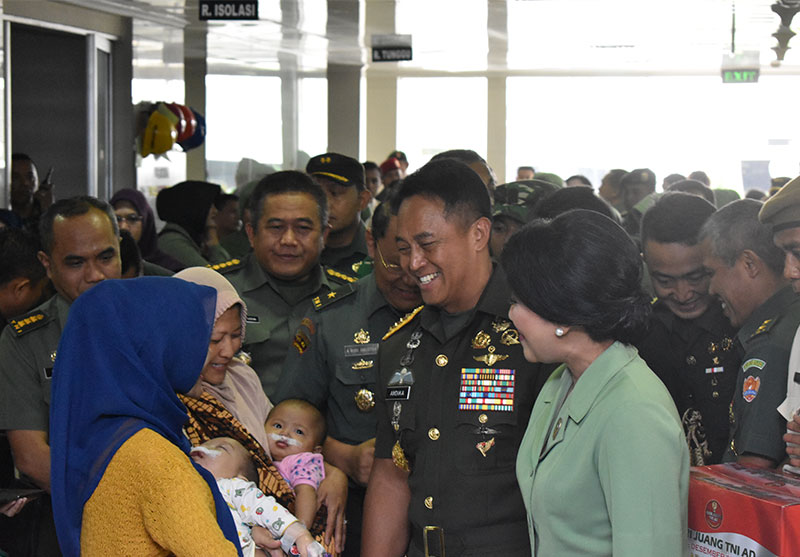 In keeping with Smile Train’s sustainable model of training and empowering local medical professionals, one of the month’s most inspiring moments came when General Andika Perkasa, Chief of the Indonesian Army monitored cleft surgeries performed by Smile Train’s plastic surgeons live via video conference at seven Army hospitals across the archipelago. 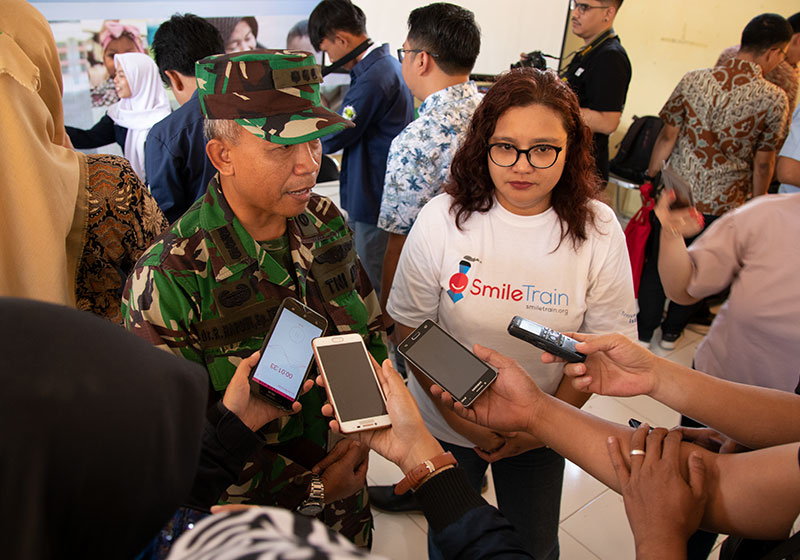 “What other country can say their Armed forces consider it their duty to help people smile?” said Deasy Larasati, Smile Train’s Country Manager for Indonesia. “I can’t think of a better way to celebrate the Army’s anniversary than with an event like this that is a true testament to not only the Army’s unmatched reach, but to the unmatched trust the Indonesian people put in them. We are so grateful for our partnership and look forward to creating even more smiles together in the future.” 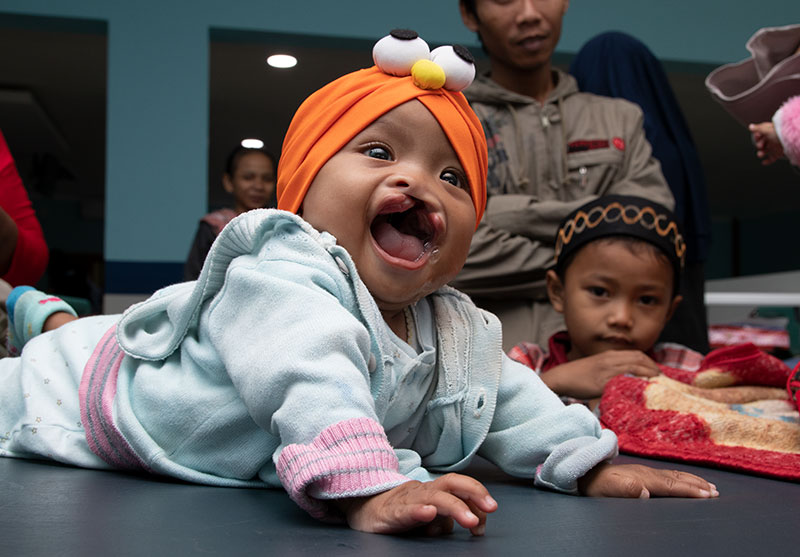 Smile Train is so thankful for the Indonesian Army for this wonderful outreach event and for the more than 11,000+ other smiles we’ve helped to create since 2015.