LISTERINE® mouthwash, as part of the Johnson & Johnson family of consumer companies, and Smile Train, have partnered in Indonesia to launch a campaign called Berbagi Senyum. The campaign launched during the fasting months of Ramadan to help raise awareness and giving for cleft lip and palate repair and comprehensive cleft care, bringing smiles to children in need. 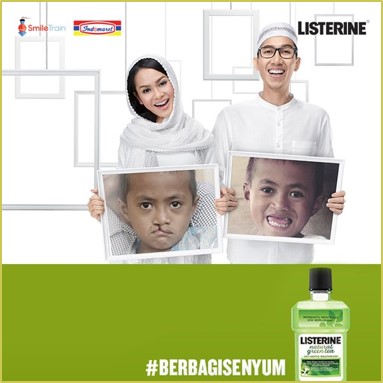 The campaign leverages local celebrities who encourage the public to perform acts of kindness by smiling openly, taking selfies and posting their smiles on social media with the campaign hashtag #BerbagiSenyum. Each smile posted drives awareness for Smile Train’s efforts as well as provides much-needed funding for children with clefts in Indonesia.

Rahmad was bullied every day coming to and from school. Like so many others with clefts,...

Patient
A Transformational Collaboration in Indonesia

In June 2021, Smile Train Indonesia, the Indonesian Plastic Surgery Association, and the...

When Malianto and Kisjayanti’s third child, Karina, was born with a cleft, their thoughts...