Rahmad was bullied every day coming to and from school. Like so many others with clefts, when he did try to speak up or express himself, people shook their heads and told him they couldn’t understand a word he said. Or they just laughed at him. He watched other guys ask girls out on dates but didn’t dare do so himself. 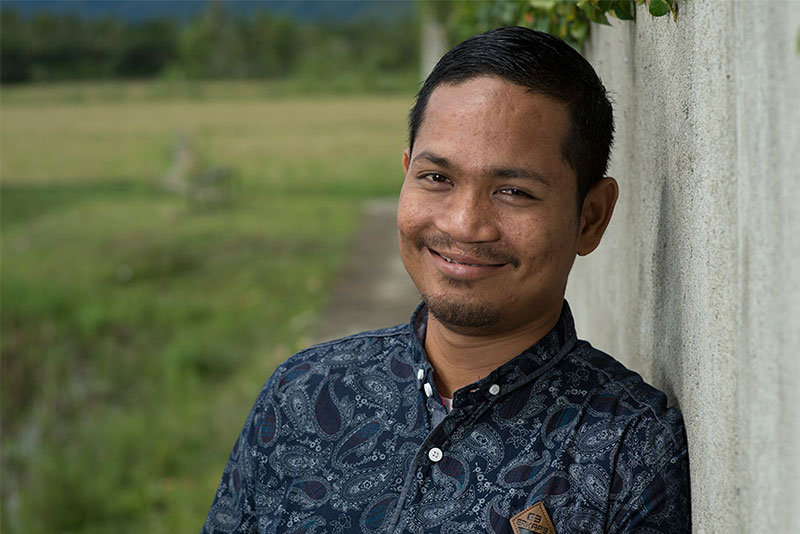 But through it all, he refused to give up on himself. He just learnt to be heard in a different way. “I would protect myself by taking sand and stones and using it as a slingshot. So when I got bullied, I would say, ‘Watch out — look at what I have!’”

One day, when he was a teenager, Rahmad felt the ground shake violently as he studied in his room. He looked out the window and saw towers of water barrelling straight toward him but didn’t blink. The 2004 Indian Ocean tsunami destroyed his room, but he managed to get to his high roof in time, then swim to safety. He was lucky, but tragically, some members of his family were not.

This confirmed what he always knew: He was a survivor.

Learning to Talk; Daring to Sing

When he was 18, Rahmad learnt he could receive a free surgery to heal his cleft from Malahayati Hospital, his local Smile Train partner. That experience — not only the surgery, but the thought of the anonymous, generous donors who made it possible — changed his life forever. 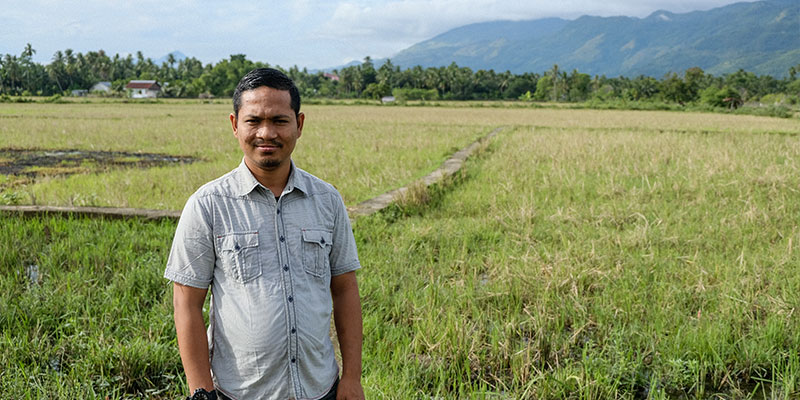 When he learnt to talk, he also found his voice. He began to speak up in class and get better grades. He read the newspaper out loud and sang every chance he got — and when he couldn’t figure out how to make a particular sound, he asked others for help. He remembered someone once told him that when you are in the mountains, you should scream as loud as you can to get fresh air into your body. So now, every time he finds himself in the mountains, he stops and yells at the top of his lungs.

He asked a girl out and she said yes. 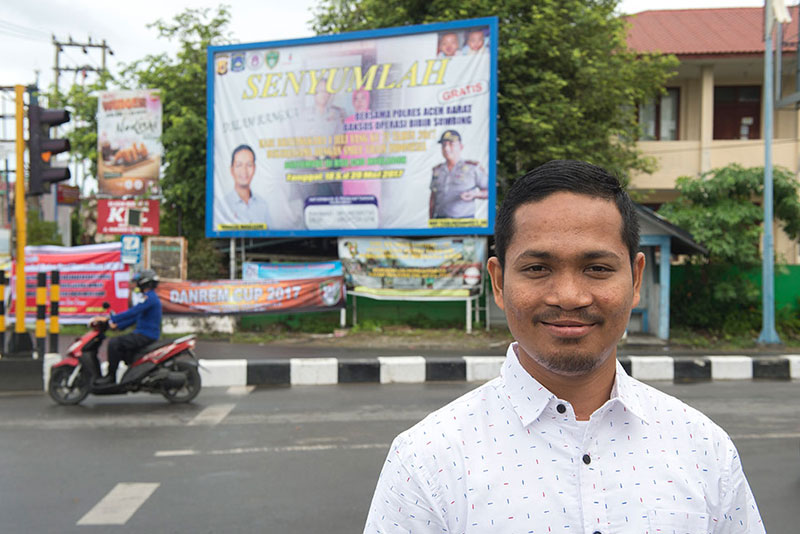 Doubly lucky to be alive after surviving the tsunami and a childhood with a cleft, Rahmad felt called to live his life to the fullest and dedicate it to helping others. He knew exactly where to turn. “Because I can smile now, I want to give my smile to others.”

Shouting to the Mountains… About Smile Train

As a Smile Train social worker, he drives a minibus bedecked in before and after pictures of Smile Train patients to every nook and cranny of his home of Aceh Province. In one day, Rahmad can reach up to 30 villages and recruit one or two cleft patients from each place. 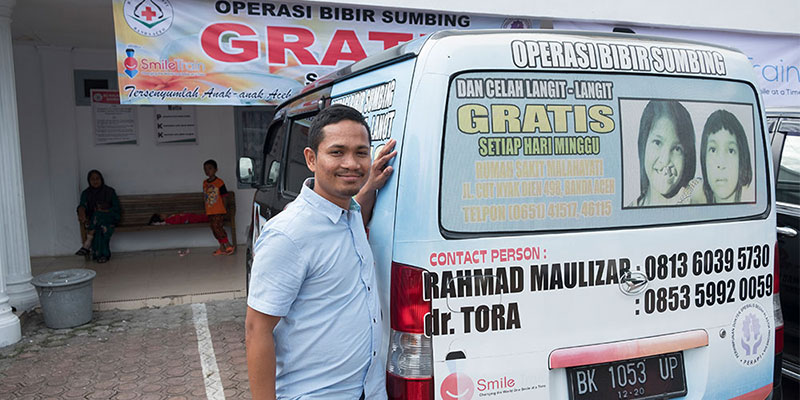 Every town is different. Sometimes, he finds patients by visiting remote regional health centres; other times, he hands out Smile Train flyers at local markets and asks passersby if they know anyone with a cleft. Once he gets a lead, he drives straight to the family’s home.

Sometimes they offer him food in gratitude for answering their prayers; at least once, they chased him away with farm tools. But no matter the reaction, he refuses to give up. 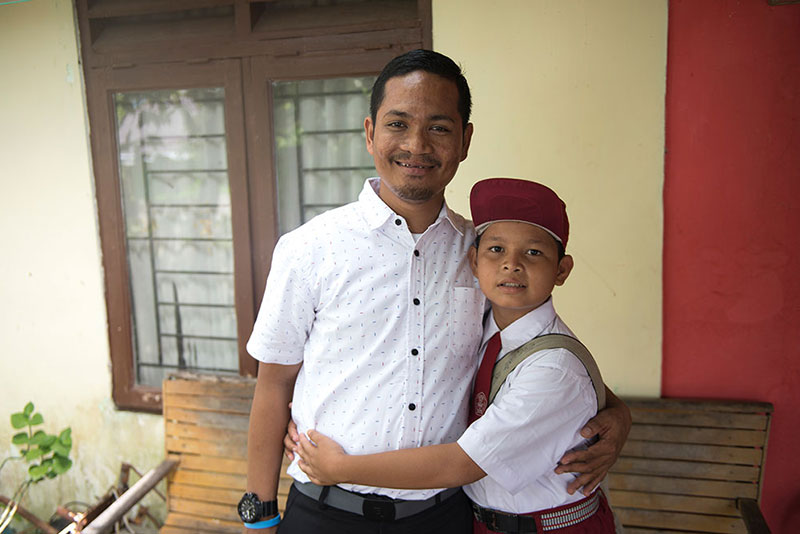 “It’s not easy to convince the parents, and sometimes I visit the family five times before they agree,” he explains. “This is because they are afraid. They want to see patients who already had the surgery, so sometimes I show them pictures. I tell parents that their baby is the same as me when I had a cleft and maybe mine was even more severe. Some don’t believe me that I had a cleft and want to see more, but others agree immediately. My question to them is, ‘Don’t you want your kid to have a better life like me? To follow in my footsteps?’”

At that point, their answer is almost always yes.

As Rahmad’s work continues, his example has grown only more impressive. In 2018, he asked his longtime sweetheart, Novy, to marry him, and she said yes. They now have a little girl named Phoenna. 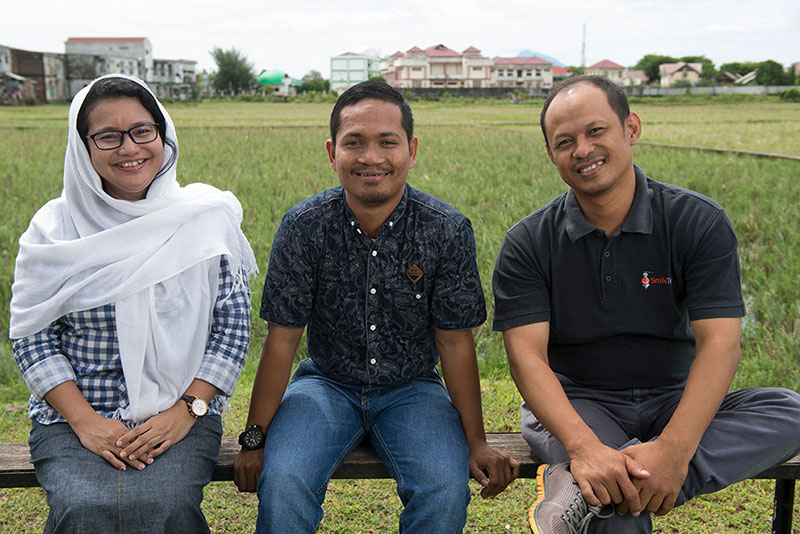 When COVID-19 hit Aceh, he stood up to it just like the bullies, the tsunami, and so much else that stood in his way before it. With the country locked down, he swapped his minivan for his cell phone and has stayed in regular touch with patients — letting families know which cleft treatments are available and which pandemic safety protocols they need to follow to receive them. 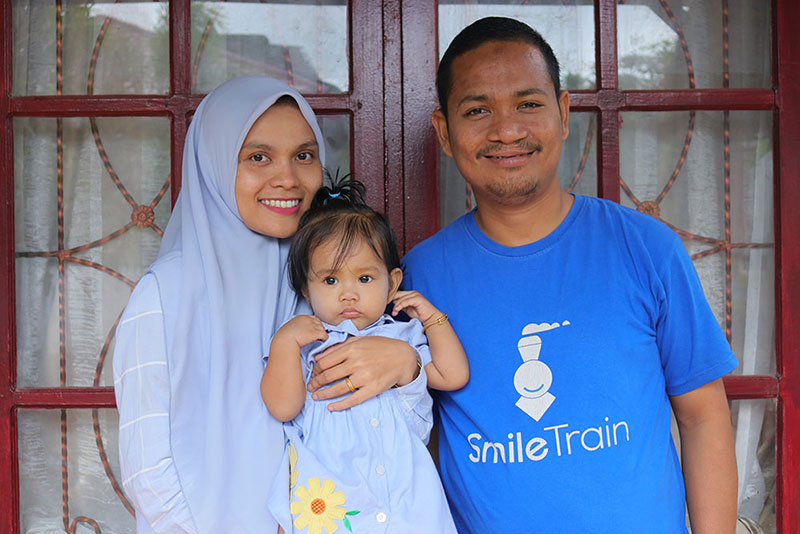 His persistence has paid off. Since he began volunteering for Smile Train in 2010, Rahmad has helped almost 2,000 other people find cleft treatment and transform their lives.

Though he will talk all day about Smile Train, when discussing his own incredible achievements, Rahmad just says he is grateful to be a part of Smile Train’s family. 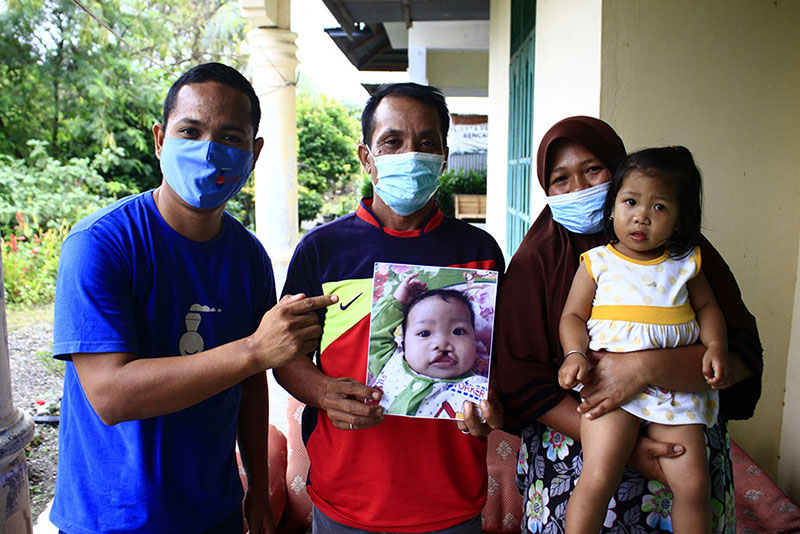 But we thank you, Rahmad, for being part of our family, for going the distance — literally — to ensure that every person in Aceh Province with a cleft has a fighting chance to live their dreams and make the world smile. Just like you.

You can join Rahmad in bringing smiles to those in need. Donate to Smile Train now.