Amir was worried about the arrival of his fifth child. He would need to find a way to support the family on an income of $36 a month as a struggling rice farmer living in West Java, Indonesia. When his son Sukma arrived with a cleft lip, Amir did not know what to do. 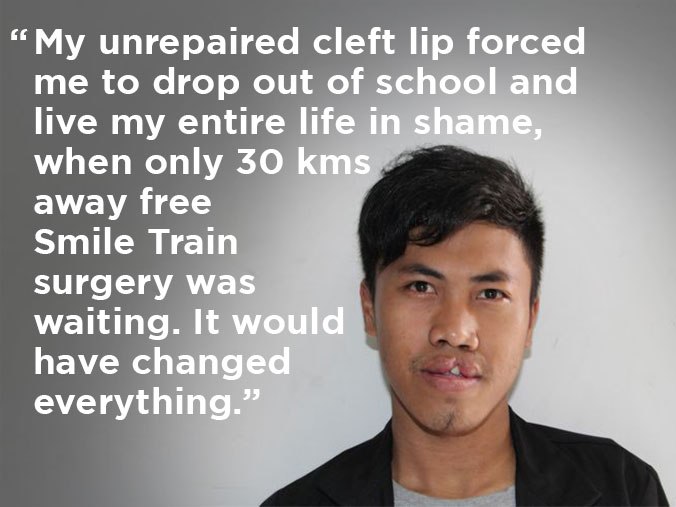 His small rice paddy crop, meant to be sold for income, was quickly exhausted to feed his family so Amir had to sign up for the only job he could find; carrying quarry rock down a mountain. Amir’s few moments of free time were spent looking for help for Sukma. Amir searched for free cleft surgery for his son and he was devastated when two cleft mission groups denied him without explanation.

When Sukma started school, his father said he would cry every day when he came home. He hated the teasing from his schoolmates and teachers in his school, but he said it was most hurtful when complete strangers would taunt him. Because of his frustration and the family’s financial situation, Sukma dropped out of primary school.

Sukma went to work to help out the family and he said for 17 years he lived in shame because of his unrepaired cleft lip. After 17 long years of waiting, Sukma heard about local Smile Train partner Obor Berkat hospital and the year-round free cleft surgeries they provide. 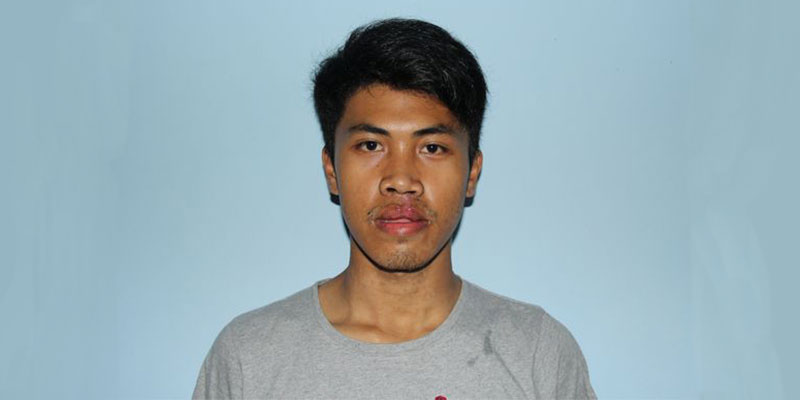 On his surgery day, Sukma said that he was afraid, but excited. “My unrepaired cleft lip forced me to drop out of school and live my entire life in shame, when only 30 kilometers away free Smile Train surgery was waiting. It would have changed everything,” he said.

After his surgery Sukma reports that his father could not believe the change in him, “He keeps calling me handsome.” Looking toward the future, Sukma is happy to begin his new life that was 17 long years in the making.

Rahmad was bullied every day coming to and from school. Like so many others with clefts,...

Patient
A Transformational Collaboration in Indonesia

In June 2021, Smile Train Indonesia, the Indonesian Plastic Surgery Association, and the...

When Malianto and Kisjayanti’s third child, Karina, was born with a cleft, their thoughts...